Museum of Contemporary Craft
in partnership with Pacific Northwest College of Art, CraftPerspectives Panel.
Over three evenings, explore contemporary art practice in the state of Oregon with the Hallie Ford Fellows in the Visual Arts. Each panel features individual artist presentations followed by a moderated conversation around a central question that currently influences the local creative climate.

In SNAG’s ongoing effort to listen to what the past and current SNAG membership is interested in, we initiated a discussion forum on Facebook in 2012 in which we consult with members of the larger metalsmithing community about currently offered SNAG programs.

This group allows for the metalsmithing community to have a direct communication pipeline to the SNAG Board and to weigh in and add constructive ideas to new programs that would benefit a wide range of metalsmiths. In turn, the Facebook group members (some of whom are not current members and therefore out of the information pipeline) receive the most current information about the newest SNAG initiatives under way.

Out of the Facebook initiative grew a core group of 8 people (4 past and current SNAG members as well as 3 SNAG board members and the Executive Director) who now regularly engage in in-depth programming discussions, the goal of which is to identify and implement exciting new SNAG programming that will add significant benefits for a wide segment of the metalsmithing community.

We are currently working cooperatively on some really good ideas and hope to make them public soon. Something to look forward to! END_OF_DOCUMENT_TOKEN_TO_BE_REPLACED 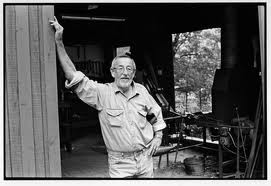