It was really a combination of things, however, I remember in particular at the Houston conference Billie Jean Theide addressing the audience about the importance of volunteering for SNAG and how these positions are invaluable for the organization. And it is not until you find yourself in a volunteer position you really begin to understand the larger picture of what the organization is all about. So my first volunteering position for SNAG was serving on the Exhibition Planning Committee. And once my time with that committee was about to end I thought that maybe I could help at a different level and in a much more significant way. 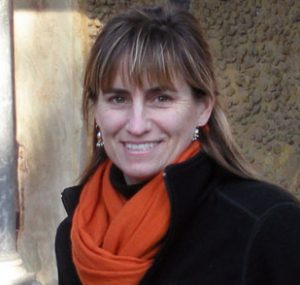 My decision to run for President and serving on the board was also preempted by the feeling that over the years I have heard from many people that SNAG was simply becoming too large, impersonal, expensive and out of touch with the members…. it seemed that in order to help facilitate change – it has to come from within and people need to stand up and actively take a part or want to be a part of that change.

Overall I think it is a very exciting time to be on the board. It seems there is some real need and desire for transformation and I am honestly looking forward to seeing how this creative group of people that make up the board can help the organization and membership grow together in new and exciting ways.

I have just become the current President. After being elected last May, I spent the past year shadowing our Past-President Renee Zettle-Sterling. This shadowing included learning the many facets that make up SNAG. I quickly realized there was a lot about the internal structure of the organization I was not aware of. So initially it was simply finding out how many different committees there are – who is currently serving on them and who will be ending their service. It also involved becoming aware of what initiatives have been suggested in the past, how we can think dynamically about programming and services for the future, as well as what needs to evolve with the current structures of the organization in order to facilitate change that will best serve ALL the members and their diverse needs.

In particular my activity serving on the board so far has included conversations and implementation of actions in the areas of Strategic Planning, Board Governance, the overall budget, future conference planning including SNAG Next, and fundraising.

Over the past three years I have become very interested in research initiatives that focus on STEM education – Science Technology Engineering and Mathematics. By collaborating with several other departments on the campus at Indiana University, I have learned there is a huge shortage of women in these fields and there is significant effort to determine why and when there is a drop out point. For the past several years we have been implementing the idea of STEAM — the introduction of ART – through workshops, demonstrations and other community programs, focusing on a different approach to teaching the same concepts and ideas. There are three main workshops that I have been a part of and have helped develop which have continued to grow in concept and scope.