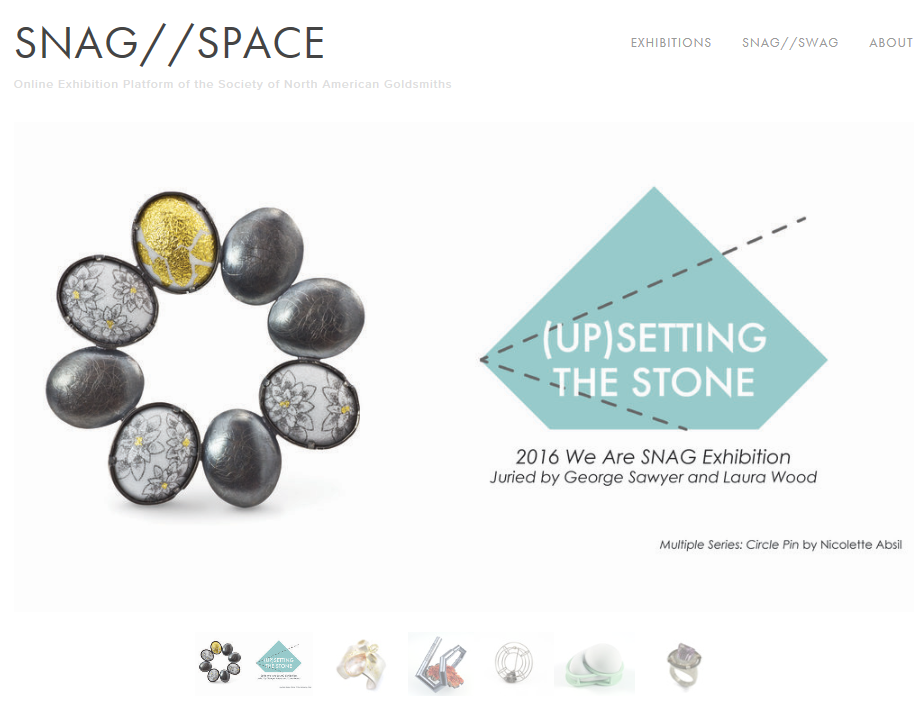 As the third juried member exhibition in the We Are SNAG series, (Up)Setting the Stone is an online exhibition focused on the setting. Stone setting has been utilized in some of the earliest known jewelry. There are thousands of variations based on a few different techniques. Juried by George Sawyer and Laura Wood, this collection of work expands to jewelry, objects, vessels, and sculpture.

Letter from the President – December 2016

SNAG embodies our desire to be supportive and inclusive, as we celebrate our membership’s diversity and common goals as makers and creative thinkers. I would urge all of you to keep this in mind and continue to support one another’s growth and celebrate each other’s successes as we all move ahead.

Learn more and submit a nomination>>>

‘SNAG’ Some Gifts for the Holidays 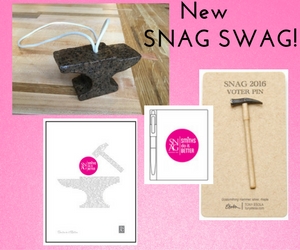 This holiday season SNAG is releasing some SNAG SWAG to help raise funds. Are you shopping for your friends or family (or yourself)?  Check out our fun merchandise!

We have notepads, posters, pins, notecards, and anvil soap! Buy some unique gifts for the holidays and support your favorite organization.