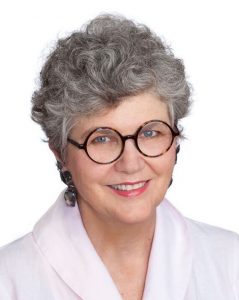 SNAG is pleased to announce that the 2018 Lifetime Achievement Award recipient is Sharon Church.

Attuned to the power of adornment and its rituals, Sharon Church creates technically masterful jewels that address endurance and vulnerability. In her work, fragments of the natural world are rendered to address the beauty and impermanence within our own lives. A tireless champion of the potential and value of making, Church has enriched the contemporary practice of metalsmithing by welcoming and mentoring generations of makers to take risks and forge new connections through an ancient practice.

Sharon Church received a B.S. in 1970 at Skidmore College and an M.F.A. in 1973 at the School for American Craftsmen, Rochester Institute of Technology.

Church grew up watching her mother doing craft work and wearing jewelry. She was inspired to take some jewelry courses in college. After working for a time as a secretary and making jewelry in the evenings at home, she pursued an M.F.A. at RIT.

She is known for her exquisite carved jewelry, which incorporates materials such as bone and wood. Her work has been included in over 70 exhibitions, represented by over 20 galleries across the United States, and is found in many private and public collections.

Church is now retired from teaching, having received the prestigious James Renwick Alliance Distinguished Educator Award. Between 1979 and 2014, she taught at Philadelphia’s University of the Arts, formerly the Philadelphia College of Art. She has also been an instructor at Skidmore College, Arrowmont, Penland and Haystack.

Church served on the SNAG Board of Directors from 1983-1987. From 1986-1987 she was the production coordinator for Metalsmith magazine. In addition she spent several years on the Editorial Advisory Committee for Metalsmith and has also been a contributing writer to Metalsmith and other magazines. Along with her service to SNAG, Church has been a member of the American Craft Council and Art Jewelry Forum.

A 2012 American Craft Council interview with Sharon Church can be found here.

Sharon Church is a consummate jeweler whose work is admired for its poignant and evocative beauty. She describes herself as a carver, as subtractive methods are integral to her practice.  Virtuosity is evident in Sharon’s beautifully carved jewelry made of exotic woods, especially boxwood, because it so closely grained, and antler, which carves like ivory. Both are ultimately accented with diamonds and silver. Perfectly articulated by a silver structure based in movement and her college studies of sculpture, the work comes alive on the body.

Her jewelry has evolved from configured elements toward figuration. Imagery emerges mostly through intuition, as Sharon unequivocally creates “from the gut”.

Work, for Sharon, begins with a cut, along with trepidation and tremendous respect for nature’s gifts. For her, process inspires creativity beyond the self and toward greater, universal awareness: Sharon invites the possibility of magic, wonder and spiritual discovery to enter through the rigors of her craft.

Sharon’s creative process is a sensory leap of faith. She navigates between the rigorous precision of her craft and the desire to pursue an open inquiry, believing in art’s power to seduce, to approach the sublime. Manifest is her devoted embrace of beauty – its power and capacity to embody the human spirit.

While Sharon’s jewelry encompasses the highest standards of aesthetic inquiry, her long career at the University of the Arts/Philadelphia College of Art is perhaps her most profound and celebrated achievement. Many artists attest to her generosity and vitality in the classroom, her undying belief in her students and insistence on their commitment to personal growth. That so many are actively working today is a lasting testament to her outstanding accomplishments.
– Myra Mimlitsch-Gray

Church will be given her award at the opening of SNAG’s 2018 MADE conference in Portland, Oregon on Thursday, May 24. Please join us in congratulating her.