The SNAG membership elects leaders for the coming years. All SNAG members have the right to vote. This process is an important part of how you can make your voice heard, and help determine the future of the organization.

SNAG members can learn more about the candidates by going to our Nominations/Elections page.

SNAG awards three student scholarships with at least one award given to a student that is currently an undergraduate. These scholarships are for tuition towards the students’ degree granting programs. The scholarships are as follows: one $2000 award, one $1500 award and one $1000 award; each includes a one-year SNAG membership.

SNAG also awards three juried scholarships for emerging and mid-career artists to use toward a workshop of their choice in North America. These awards are as follows: one $2000 award, one $1500 award and one $1000 award; each includes a one-year SNAG membership. Emerging and mid-career artists should have not been enrolled in a degree or certificate program in the past 3 years to qualify.

Letter from the President – March 2018 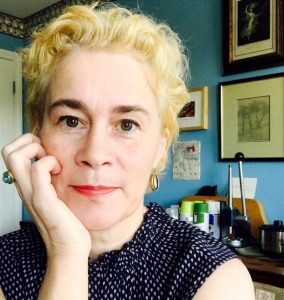 All good things must come to an end. And sometimes the end is sudden and rather unexpected. As many of you know, I recently accepted a new full-time position as the Executive Director of the Furniture Society. Despite my best intentions, I found myself immersed in my new job to such a degree that fulfilling the SNAG presidency at the same time became no longer possible. The lead role on the board deserves more attention than I can give it at present and I therefore decided it was in SNAG’s best interest if I stepped down.

After following the protocol outlined in our by-laws, the board has unanimously voted to accept the nomination of Nicole Jacquard to fulfill the rest of my term as President. The good news is that Nicole Jacquard, our past President, graciously agreed to retake the wheel as President. This ensures that the organization continues to benefit from experienced leadership and that the membership, board, and staff will be well taken care of and we can continue the great work we have been doing to support each and every one of you, our members.

I will continue to serve on the board through the remainder of my term to lend support in any way I can, albeit in a much less visible role.

Please join me in thanking Nicole Jacquard for her renewed service!

The SNAG Board of Directors has awarded the 2018 Volunteer Recognition Award to Anne Havel.

Anne has served on SNAG’s Board of Directors since 2011. She has been SNAG’s Treasurer during those years. She also currently serves as Treasurer for The Enamelist Society and Pocosin Arts.

Graduating in 1980 from from Baruch College, NYC, Anne earned a BBA in Accounting & BS in Computer Methodology and became a CPA in 1981. For nearly 20 years, Anne applied her accounting skills in the business world. Anne has also been an independent studio artist for 17 years, teaching workshops and exhibiting in juried fine craft shows. Her work has been included in numerous exhibitions, public and private collections, and publications. Her enameling and metalsmithing pursuits explore ideas about current brain-dominating subject matter which frequently includes nuclear power, planet degradation, molecular & cellular structures, mathematical pursuits, and all of their inter-connectedness.

“To give real service you must add something which cannot be bought or measured with money, and that is sincerity and integrity.” — Douglas Adams (1952-2001). Clearly, when he wrote this, Adams must have thought of Anne Havel. I worked with many people over the years, no one is more sincere, thoughtful, and has more integrity than Anne. An exceptional asset on our board, a selfless, loyal friend and ally. I am immensely grateful for Anne’s impeccable service for many years. She’s the “real deal” and worthy of recognition. Thank you, Anne!” –Brigitte Martin, SNAG Past President

Anne was recognized at the Membership Meeting during the SNAG Portland, Oregon conference in May 2018.

Join SNAG for a countdown of their top 10 favorite reasons to attend the 2018 #SNAGMADE conference in Portland, Oregon! You won’t want to miss a single moment of the conference after this. Register by March 8, 2018 to get the best deal on registration rates! #SNAGPDX #SNAGMember