This is our second installment of a new feature called “Compelling Questions.” This month we hear from Linda Kaye-Moses on “How do you make work for sale without selling out?”

The Brockway Center for Arts and Technology (BCAT) is home to the newest Metal Arts Studio in western Pennsylvania. Part of the National Center for Arts and Technology system, which originated in Pittsburgh, BCAT is the first and currently only center of its kind with a metalsmithing program. The metals studio officially opened in June 2015, joining the then two year old Ceramics program and adult job training programs. Our state of the art facility was designed and run by current Teaching Artist Liz Steiner.

The BCAT Metal Arts studio serves both youth and adults, with our main focus being students in grades 9-12. Our mission is to inspire youth through the arts and provide active mentorship as practicing artists as well as instructors. Students are welcome everyday after school to come work in either the metals or ceramics studio, or both, as well as during our five week Summer Intensive. Students are provided with materials and individualized instruction and guidance on bringing their ideas to life. We also expose our students to the world outside the studio through field trips to colleges, museums, and conferences. Everything is at no cost to the students.

BCAT also has opportunities available for emerging and established artists though our exhibitions, residency and visiting artist programs. Residents are given studio access and living accommodations in exchange for 25 hours of volunteer work a week. Residents are also given the opportunity to teach adult classes and workshops for pay. Workshops vary by visiting artist, and are open to the public as well as our high school students. Visiting artists include Ken Bova (pictured at right), and Casey Sheppard, with Josh Kosker scheduled to present this June. Exhibitions rotate every 6-8 weeks, and include invitationals, themed juried shows, both high school and collegiate level student shows, and solo exhibitions.

The Metal Arts program is designed to expose students and the community to the broadest definition of art jewelry and metalsmithing. We instruct our students in all manner of traditional and non-traditional techniques from fabrication, casting, enameling, and forming to found objects. The studio is equipped with 15 individual student benches, each with its own set of hand tools. Students are welcome to make jewelry or objects from non-ferrous metals. We do our best to individualize instruction as much as we can so that the students are free to follow their own interests.

END_OF_DOCUMENT_TOKEN_TO_BE_REPLACED 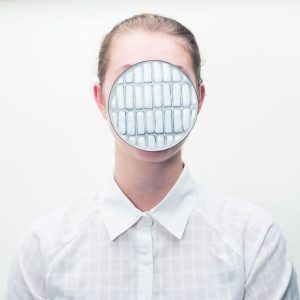 “In this crafthaus blog, I will explore the intersection between gender and jewelry with a three-prong approach: interviewing artists who do not shy away from words like “gender issues,” “feminism,” and “sex”; analyzing the work of said artists and the reach of their work via questionnaires; and reinvigorating conversation about gender in jewelry by putting together an online exhibition.”

Welcome to a new feature called “Compelling Questions.” Every month SNAG will feature a question that is posed to one or more people in the field of jewelry and metals and post their answer(s). We start with jeweler Kate Wolf.

Eight Lessons from the 2015 SNAG Conference

Thank you to American Craft Council, who wrote and posted this article on their website and gave us permission to repost it here!

The annual conference of the Society of North American Goldsmiths took place in Boston May 20-23. The theme was “Impact: Looking Back, Forging Forward.” Here are eight lessons we took away from it.

Metalsmiths welcome other points of view. Main conference speakers Ruudt Peters, Liesbeth den Besten, and Helen Carnac are all from across the Atlantic. Michael Strand is American, but a ceramist. Joyce J. Scott from Baltimore often works with beads, but let’s face it, her sardonic, earthy, perspective (“I want to be in the stanky part of my art”) is not the mainstream. All were warmly, if not effusively, received. There were several standing ovations.

Many artists approach their work from a place of protest. Strand, who calls himself a “conceptual production artist,” brings together communities for social change. “We are constantly pressed down to be efficient,” he said in his dynamic talk, “and I can’t effing take it. Good things come from inefficiency.” Said Scott, who has explored sexual brutality in her work, “Now that men are being raped, maybe they’ll do something.”

Craft as an object is overrated, and, as a practice in the world, underrated. “Craft is far more meaningful than the anesthetized potential I was trained in,” said Strand. Another nugget from him: “It’s a false premise that people will care more if we make a better object.” Sam Aquillano of the Design Museum Boston, Jason Talbott of Artists for Humanity, and Gabriel Craig of The Rehabilitation Project all spoke to the potential of craft to change lives.

Making a living as a metalsmith may require herculean determination. There were two 90-minute Professional Development Seminars. “A unique, well-made body of work is just the beginning, just the baseline,” SNAG board member Brigitte Martin said in her introduction to the first. Goldsmith Ezra Satok-Wolman spoke convincingly of his tireless efforts over years to perfect his craft, promote his work, and establish his brand. “I learned how to deal with rejection,” he said, “an incredibly important part of my development.” His parting advice to jewelers: “Don’t worry about what others think of you. Unless they’re standing in front of you asking the price of something, it doesn’t matter.” Veteran jeweler Jim Binnion was equally sobering. Running a jewelry small business “is going to take every waking moment of your life if you’re going to make it.”

Metalsmiths, like so many artists, often have to overcome themselves to do their best work. Early-career artist Yong Joo Kim said she struggles frequently to “overcome the limitations of my own imagination.” In the same vein, mid-career metalsmith Hoss Haley reflected, “As makers we can get stifled by our own crap.” Avery Lucas has “learned my work does not need to be confined by what I thought I was capable of making.” Boris Bally, who stressed planning and networking, urged metalsmiths to keep their eyes wide open for opportunities. “The next worthy pursuit will appear in your periphery,” he said.

The public lacks an educated eye, but there is no consensus about how to fix that. “Society is uneducated,” said Dutch jeweler Ruudt Peters in his keynote. “Jewelry could be different.” But Binnion, always trying to make a living, was philosophical about the problem: “You can’t educate your customer into liking your work,” he said.

The display of jewelry in galleries and museums is problematic. Early in his career, Peters had male models wear his pieces at an exhibition opening. For the subsequent month, the jewelry was visible on jackets hung up in the gallery. Jewelry is challenging for curators because it is small relative to other objects. Emily Zilber and Emily Stoehrer of the Museum of Fine Arts, Boston, summed up the challenge: In a museum gallery with 18-foot ceilings and large paintings and sculpture, “How do you show small, intimate works and have them have the same power?” Liesbeth den Besten’s talk, “Lonely Objects: Jewelry in the Museum,” was focused on the challenges of jewelry display. “Human hands once made these objects,” she said, but “in a museum they become isolated….There is nothing enchanting about a piece of jewelry in a showcase,” she said. “We simply don’t know the best way to present jewelry.”

Artists are idiosyncratic, and that’s what makes them so fascinating. “When I make something, it’s not linear,” said Peters. Yeah, no kidding. His talk was a whirlwind, recounting the different phases of his career, connected by a logic only he could explain, which he did, in an unaffected, almost sweet way.