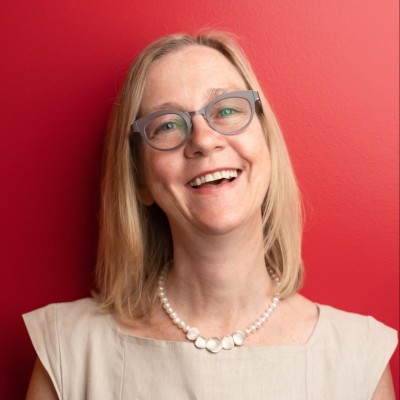 What moves me creatively is my passion for moving metal, and the continued study of line. When I begin to translate my inspiration into metal, I work very intuitively, allowing space for serendipity. With the original inspiration in mind, I begin a dialogue with the metal. I work through sample after sample, letting

the metal guide me as in call-and-response, developing a conversation between metal and maker.

Through a process of careful decision making, both in material and technique, I work the metal, a hard and cold material, into a relationship with the human body, creating adornments that capture the exchange between inspiration and material.

My goal always is to bring joy to the wearer with the pieces I create. I welcome you to visit my Halifax studio, in person or virtually via video call, to discuss your custom project.

Dorothée is a university-trained designer and goldsmith with over 15 years experience. Her European upbringing informs her design sensibility, which makes her work
so noticeable on the discerning wearer. Dorothée is the creator of the iconic OneFooter Rings, which are sold in prestigious contemporary jewellery galleries across North America.

Dorothée’s studio is nestled behind her house in the Hydrostone area of Halifax, Nova Scotia, from where she travels across North America & Europe to show her work. She also enjoys creating custom designs, using the client’s gems and gold, or her own sustainably sourced (recycled or certified fairly traded) gold, and carefully selected coloured gems, pearls, or certified Canadian diamonds.