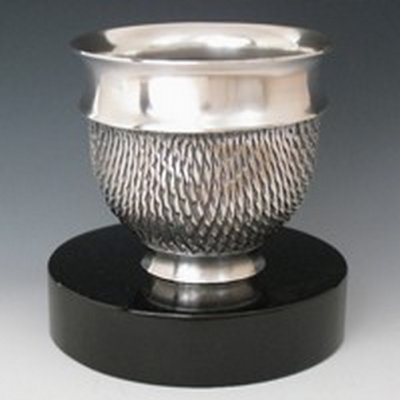 Criteria for the award include:
•    Sustained, long term commitment to the metal arts
•    Significant contributions to the field
•    Noteworthy achievements through creative work, teaching, research, scholarship, exhibition and curatorial work, and/or other meaningful activities in support of contemporary practice

This award is SNAG’s highest honor and is presented to individuals who have made significant contributions to the field of metalsmithing. Selection of the award recipient is made by a committee of three members, and the makeup of the committee changes each year.

Nominations for the Lifetime Achievement Award

We are now taking nominations year-round. Nominations submitted by December 1st will be considered for the following year. Once nominated, an individual’s name remains under consideration for 5 years, after which time, if not selected, they must be re-nominated to stay eligible for consideration.

Anyone may nominate someone for the Lifetime Achievement Award. You do not need to be a SNAG member. Also the nominee does not have to be SNAG member.

The Award is the work of metalsmith Cynthia Eid, who won a design competition sponsored by SNAG. Her design is a stunning Argentium silver vessel on a black marble base. All honorees also receive lifetime membership in SNAG.

Pages honoring all past award recipients are in progress and will be posted when complete.