The American Craft Council (ACC) Library & Archives has arguably the most comprehensive collection in the U.S. devoted to the study of modern American craft. Located in Minneapolis, the library holdings include over 20,000 monographs and exhibition catalogs, 150 current periodical subscriptions, and 700 bound volumes of periodicals and newsletters. Additionally, the library holds more than 3000 artist files. 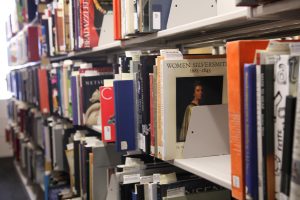 It is also home to several archival collections, including the American Craft Council, the World Craft Council, the Craft Students League of New York, and the Museum of Contemporary Craft/American Craft Museum (now known as the Museum of Arts and Design). Many have been digitized and are available through the ACC Library Digital Collections. Additionally, organizations such as the Furniture Society and SNAG have shared materials to be included on the digital collections platform. 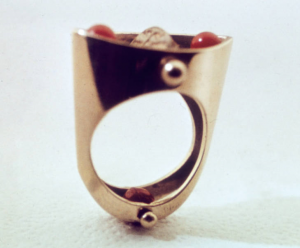 In 2004, SNAG donated a slide archive to The Metal Museum. It contained the portfolios of over 330 metalsmiths. The Metal Museum then partnered with the American Craft Council Library to make the collection available online. (at right: Ring by Philip Morton, 1968)

Crafting an Identity Statement for Craft

We explored if the word craft still had resonance and meaning in contemporary culture as a good descriptor of the creative work produced in studios today.  It is obvious that everyone has their own definition of the word craft, but could we create a common language, feeling or brand around the word that everyone could understand within and outside of the field?